....................but failing!- it's probably the same for all moth-ers at the moment as we compress a months worth of species into a couple of weeks. As well as some sizeable lists over the passed week or so. I also dumped my cheapo Chinese generator and an MV Skinner in Home Wood over night (28th May), which Trent collected very early this morning. There will be a later post on what was found, including the tricky job of sorting through the micros. This will no doubt be done with the assistance of out very own county recorder, David Manning.
In the meantime, some bedtime reading turned up. I haven't had chance for a good look yet- but I was on the pre- publication list; I think the book officially comes out on 31st May. The artwork is of Richard Lewington's usual high standard. 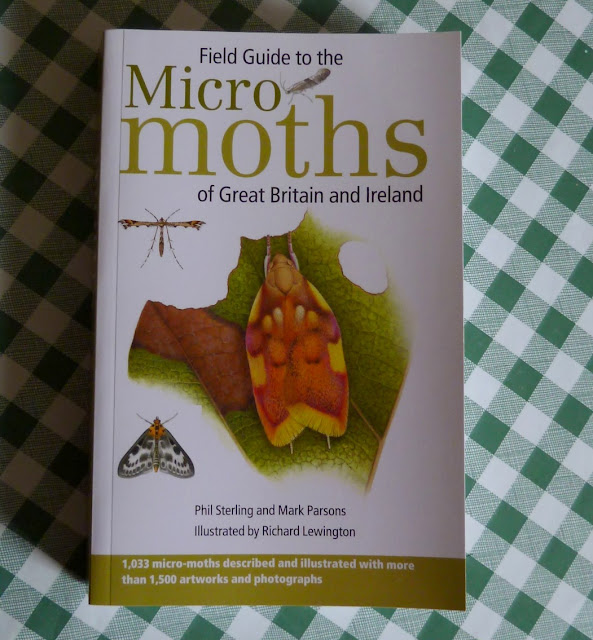 Anyway, here is a few shots- hastily taken between work, kids football, meetings and all the other s**t I have to do. Incidentally, I've finally put together Garden Year List for 2012- it can be found under 'Lists & Info' in the right-hand side column. 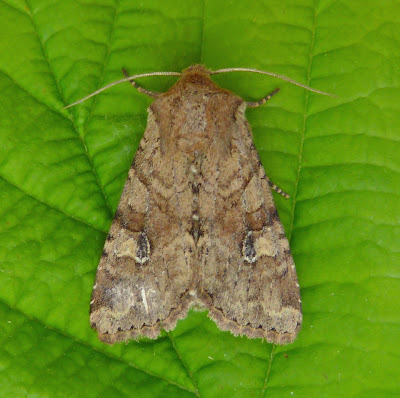 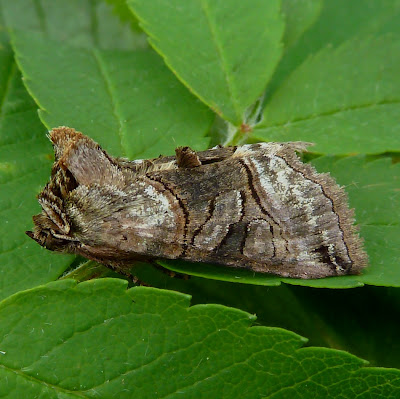 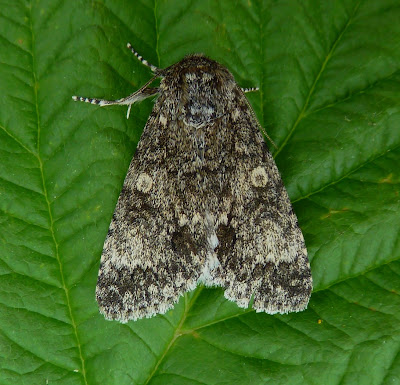 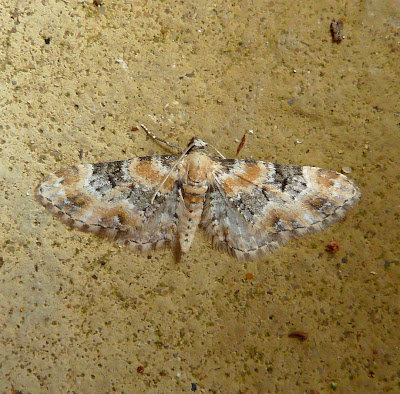 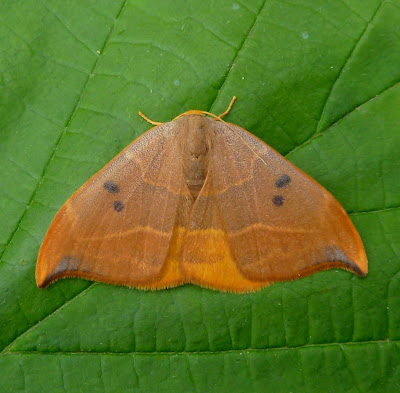 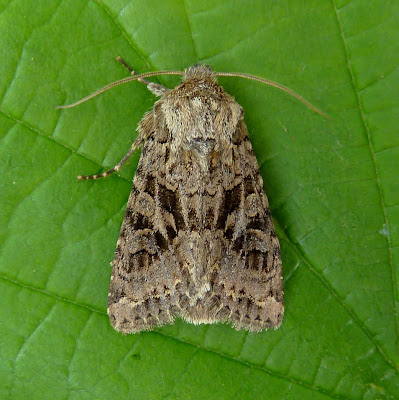 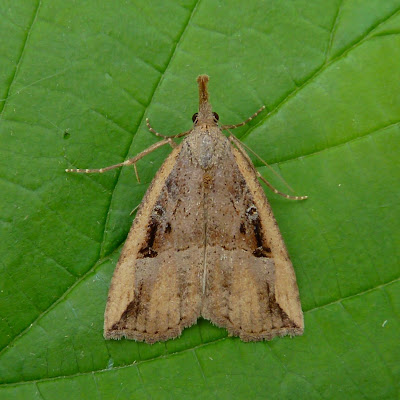 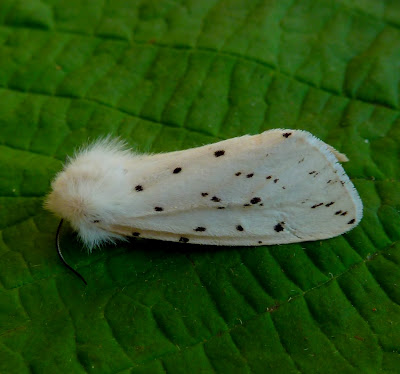 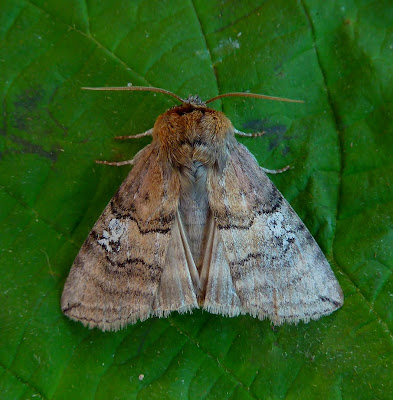 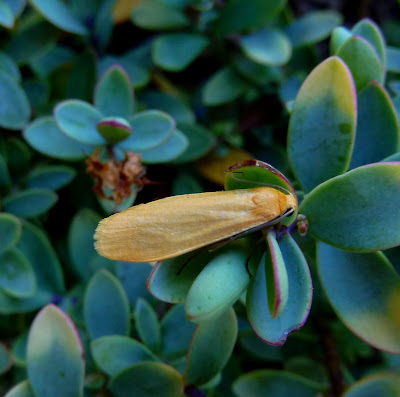 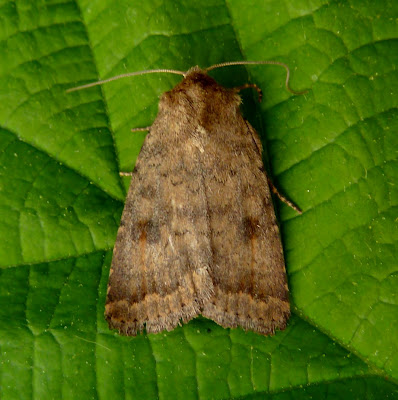 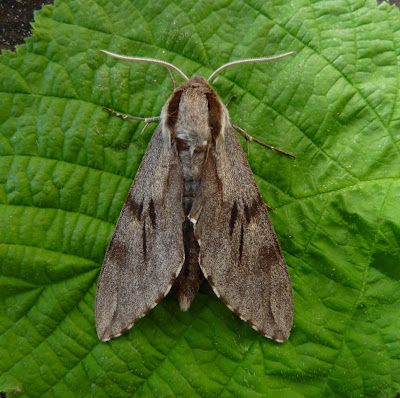 Well, hasn't it been busy lately? Winter seemed to end at the beginning of the week, followed by Summer from Tuesday onwards. I've got a lot to catch up on, but will post some lists and a few photos later. Below is what I believe to be an Ochreous Pug. The size, angle of the wings and position of the central spot seem to all be right for the species. The photo isn't good and the moth is somewhat worn...........if confirmed it would be a 1st for the garden. 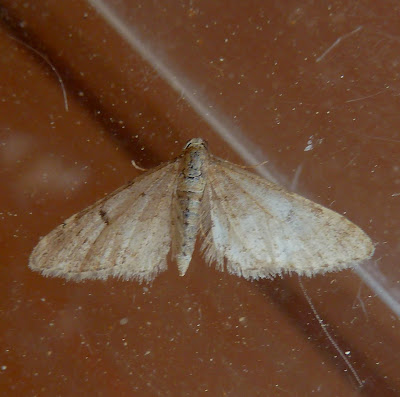 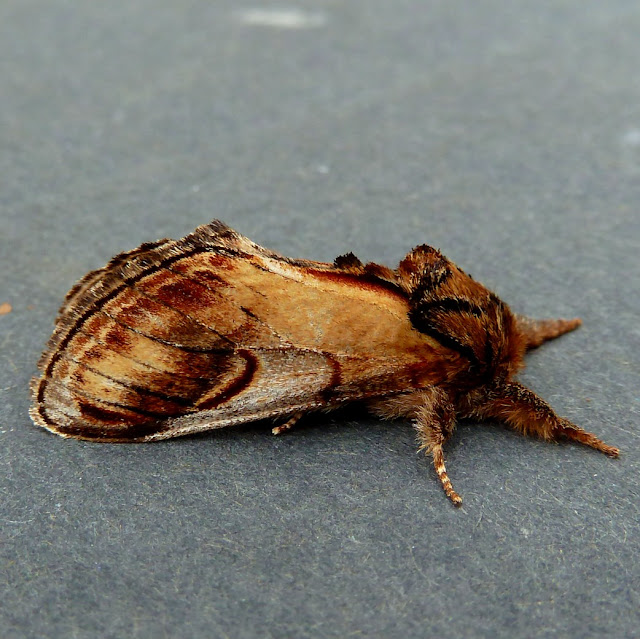 Posted by Broom Birder at 10:41 AM No comments:

A brief warm interlude in an otherwise cold, wet and windy week allowed me to trap for a rare two nights in a row. Unfortunately this didn't last, so the the lights will be on standby for the near future. This is a selection of the new species over the two nights, others not pictured were Common Carpet and Pale Mottled Willow. 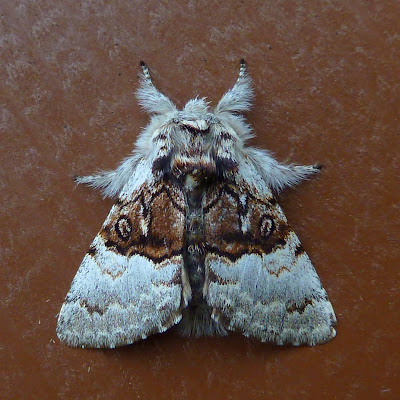 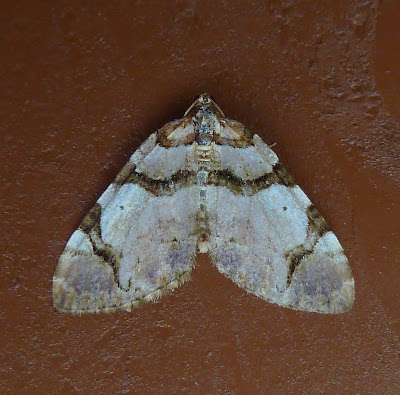 Left it late- NFY 7th May 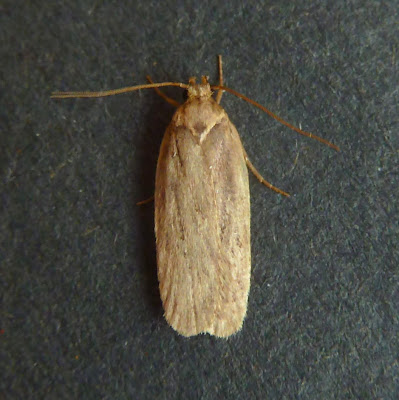 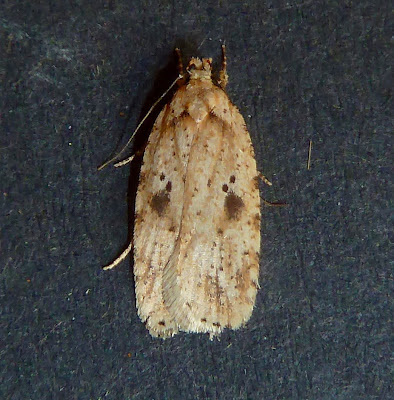 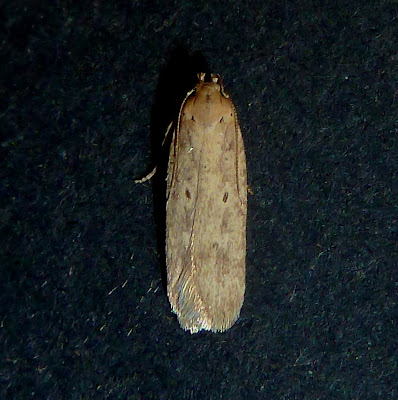 This nationally scarce species is a regular sight in the garden- NFY 8th May. 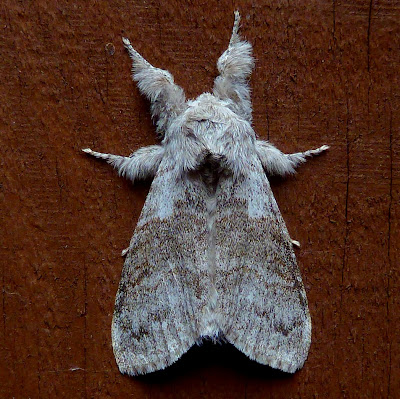 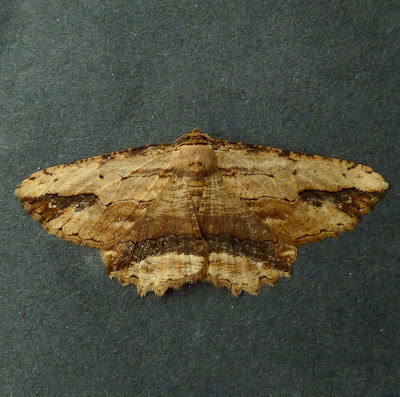 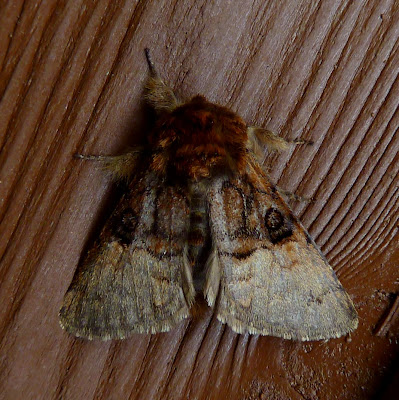 This is the first time I have seen the dark form of the species.
Posted by Broom Birder at 10:10 PM 1 comment:

After missing out on last years hatch, this is the first of my captive bred Emperors to emerge after being dormant for two years. It is over two weeks later than last years hatch and who could blame them as the inclement weather continues.
I still have one male and a female left, so could be a chance of some more assembling............ 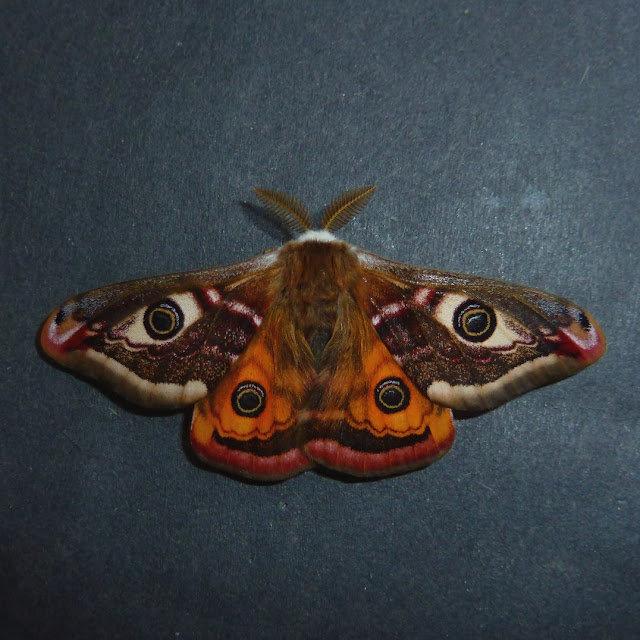 Posted by Broom Birder at 9:33 PM No comments: 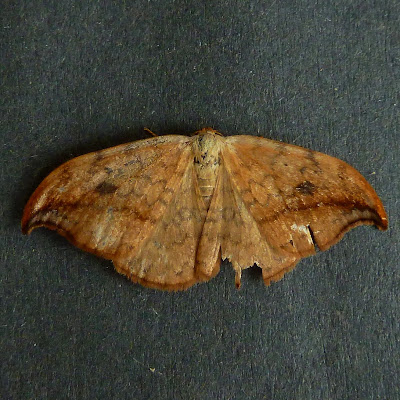 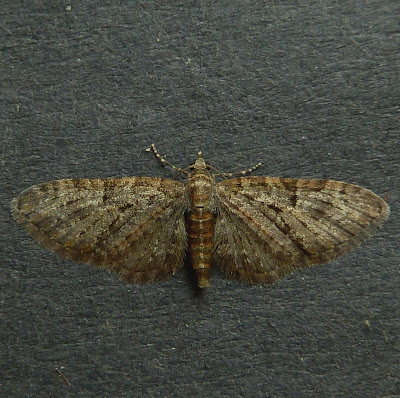 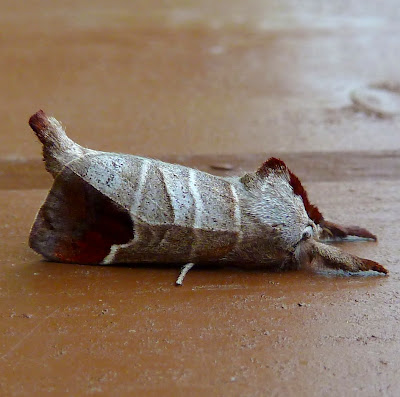 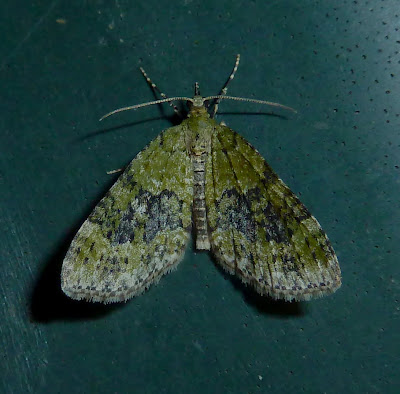 Posted by Broom Birder at 1:38 PM No comments: 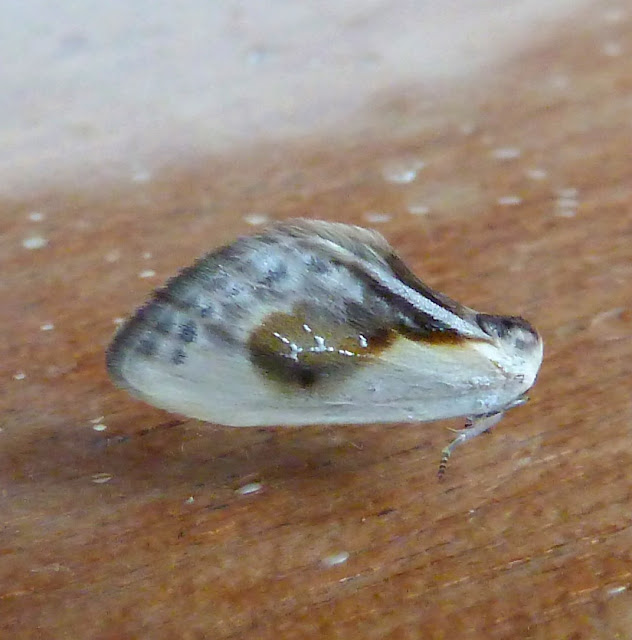 Despite another terrible night with wind and rain a plenty, I still added another 2 new macros to the list.  Along with the Chinese Character was a Brindled Pug. Also a Shuttle-shaped Dart and a late Clouded Drab.

Posted by Broom Birder at 2:02 PM No comments: