A  walk round the RSPB's headquarters this morning was vey pleasant in the sunshine. On our way round we had quick look around the buildings. It was a bit windy last night, so numbers were a little low.
Yellow Horned 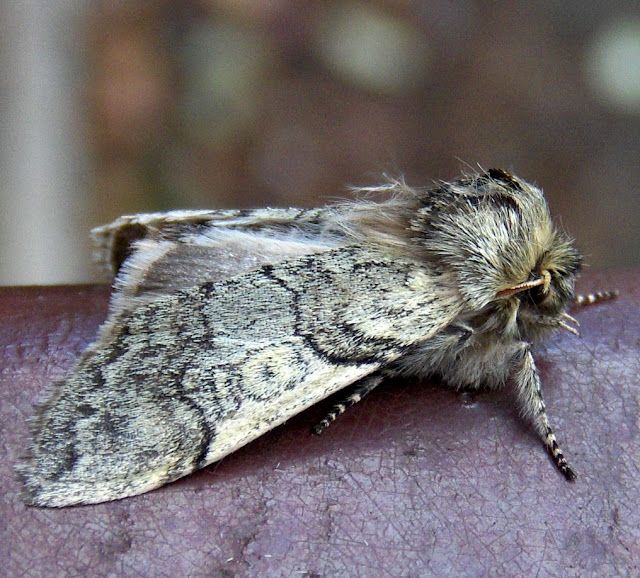 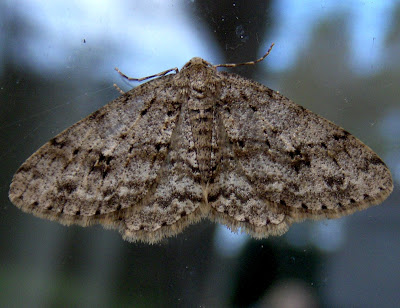 .........well, I'd say it's quite early! Compared with last year anyway. Here is a few very recent comparisons in the garden of the earliest examples seen-

Well, hasn't it been tropical lately compared to the bleak Winter of discontent we've all just endured? After a week as busy as this, it reminds me I need to win the lottery so that I can concentrate on important things such as birding and mothing full time! Anyway, I've got round to putting in a few highlights taken from the last 4 nights.
Dotted Border 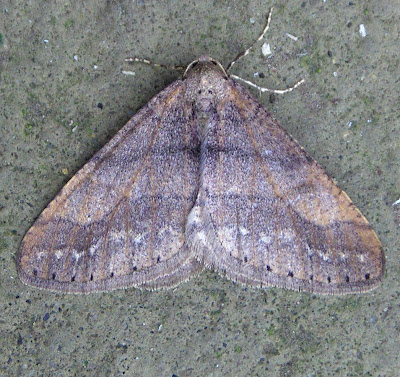 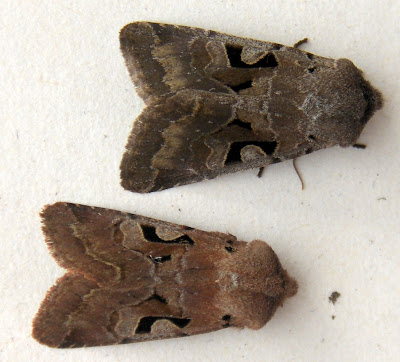 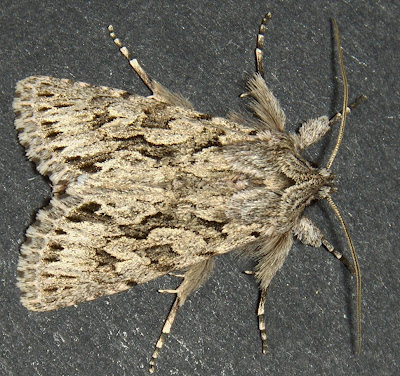 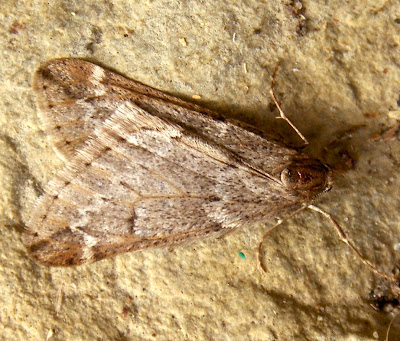 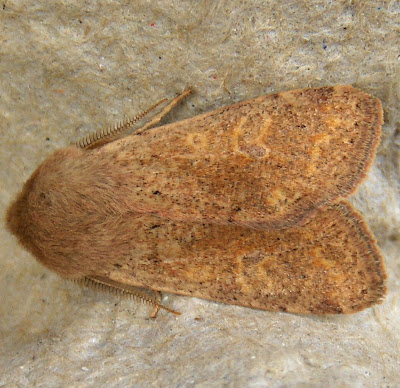 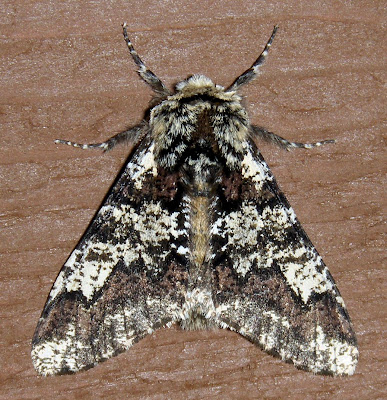 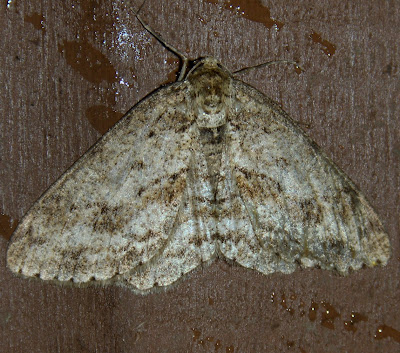 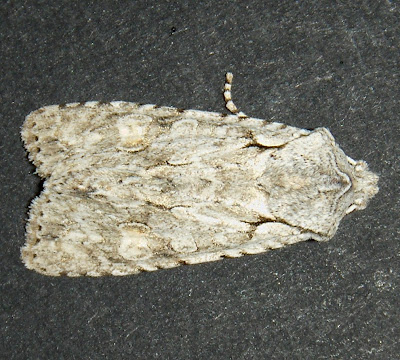 My only Winter/Spring record- caught 25th Feb.
Other significant counts so far-
Posted by Broom Birder at 1:52 PM 1 comment:

After turning up at Broom GP's main gate in September last year and realising that my key, issued to me by the estate didn't work. I knew that time was up for mothing at this site. During last year I also tried to arrange a field survey in Sheerhatch Wood. This, like many others in the area is an estate run shooting wood. So after talking to the warden (a man more suited to Victorian times than the present day), realised that I wouldn't be making many inroads here either and it's worth mentioning that the same estate controls both sites!
But Hallelujah, we now have a new site to trap- Home Wood, run by the Forestry Commission though is still a private site. Although separated from Sheerhatch by just over a mile, attitude wise they are poles apart! There is now a page dedicated to Holme Wood under 'Lists and Info' on the right of the page- HERE.


Home Wood
So this was the 1st outing at a new site.  It was decided to start with just to drop off a battery driven twin 15 watt Actinic/UV trap and collect it in the morning. The results were better than expected........photos courtesy of Trent Duval- (We are the Campions)
Small Brindled Beauty 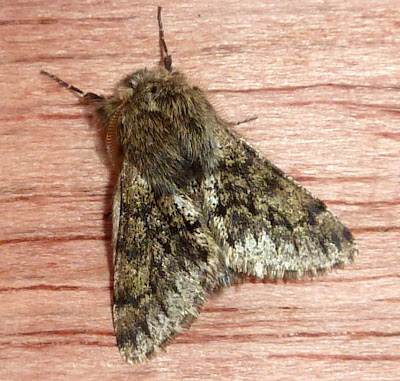 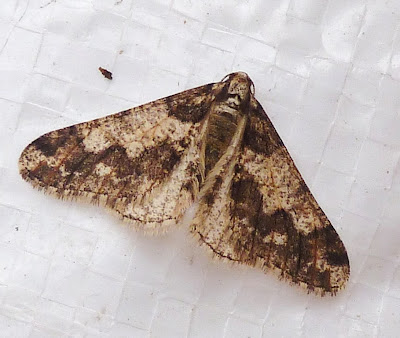 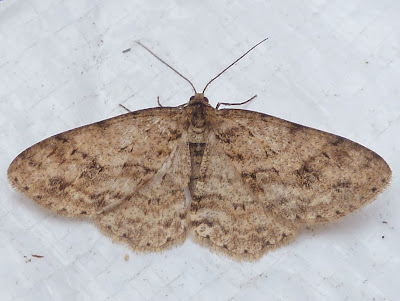 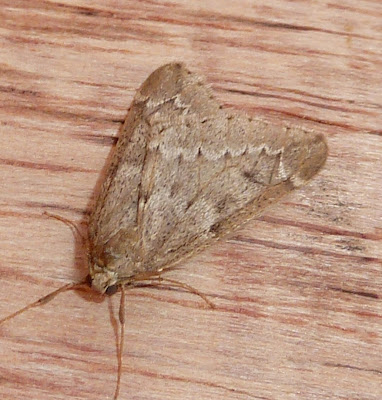 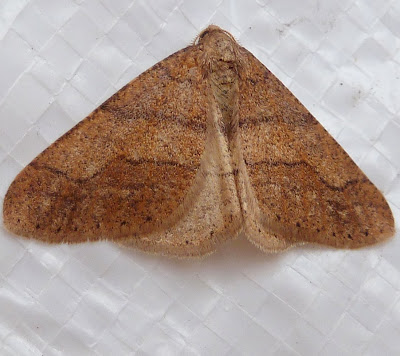 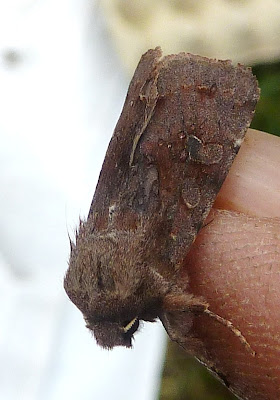 The list is as follows-
24 moths of 9 species is pretty good for an unmanned Actinic trap.
Posted by Broom Birder at 10:02 PM 4 comments:

It was very murky outside when I had a look around the trap. All I found was 1 A. heracliana. But while I was out dipping to my knowledge Bedfordshire's 1st Rustic Bunting, the kids were very busy looking around the sheds and fences. They managed to find this little gem low down underneath the trap on part of a log roll.  I looked at my records and my 1st one last year was trapped 15th March. I haven't heard of any recent local sightings, so it could be the earliest in the county (VC30) this year.....I will find out. 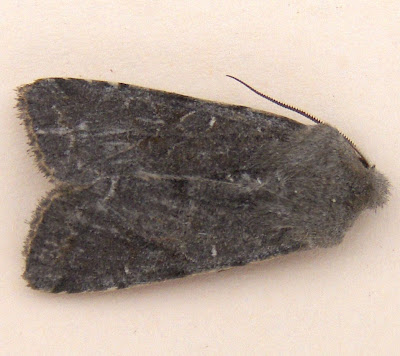 After a fair few blanks, the Upper Caldecote contingent hits back. I upped my game last night by putting out 2 twin 30 watt Actinic/UV traps. I placed 1 in the usual place near the house and the other c120' away at the bottom of the garden. Although the temp. wasn't that high, for once it was fairly still.
Common Quakers﻿
﻿

Posted by Broom Birder at 7:53 PM No comments:

At last! The weather has finally turned, the wind has dropped and the temperature has become more stable during the nights. So tonight (11th Feb) will be the 4th trapping session in as many days.
Pale Brindled Beauty 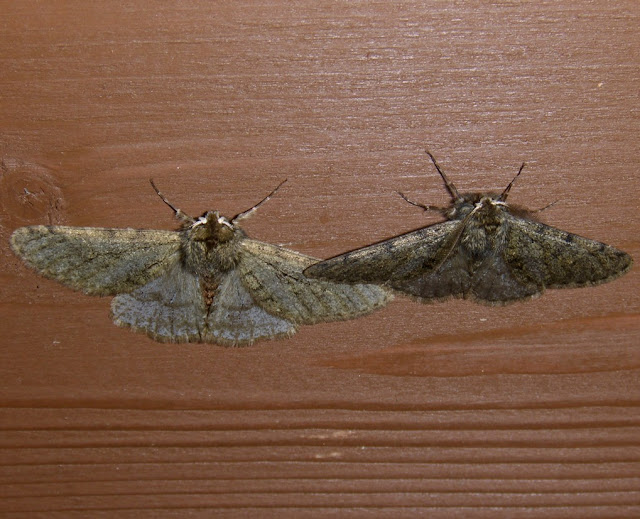 These 2 were the only catch on 9th February.
The 10th was slightly warmer with less wind, so as a consequence did fairly well. The micros caught were the first to come to light this year.
Satellite 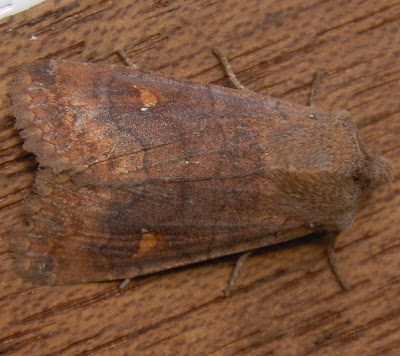 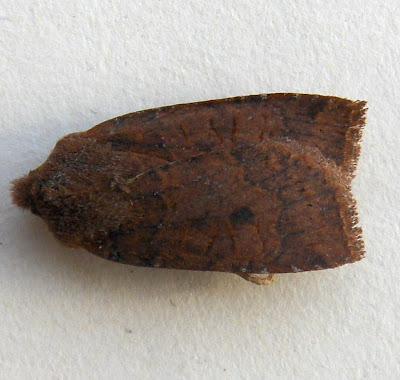 This is the 2nd record this year, I was hoping it was a Chestnut. The 'sharp corners' give it away though.
Agonopterix heracliana (688) 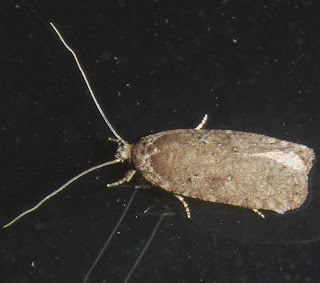 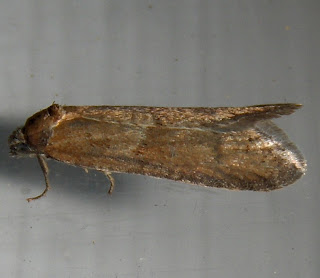 Although common, this usually woodland species is a garden 1st- touché Trent!
This was the best night of the year so﻿ far- which wouldn't be hard!, 19 moths of 8 species so far this year..........
Posted by Broom Birder at 5:44 PM 8 comments:

Nothing much of note lately as the weather continues to plot it's unpredictable course. Either too cold or warm with blowing Atlantic born gales. The 1 moth from last night was caught early evening before the temperature dropped to below 2°C.
Early Moth 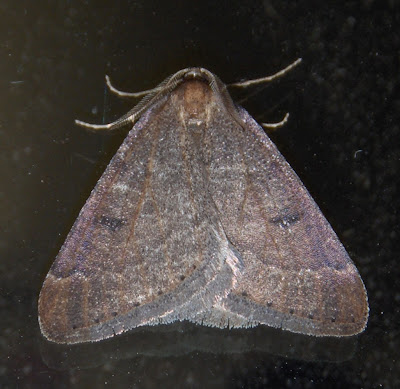