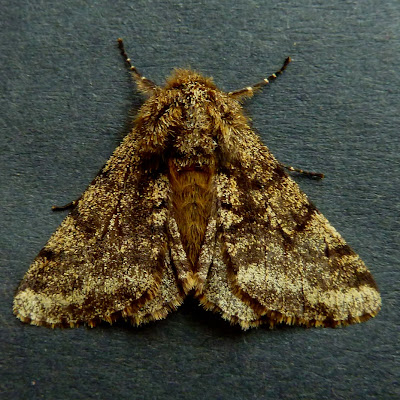 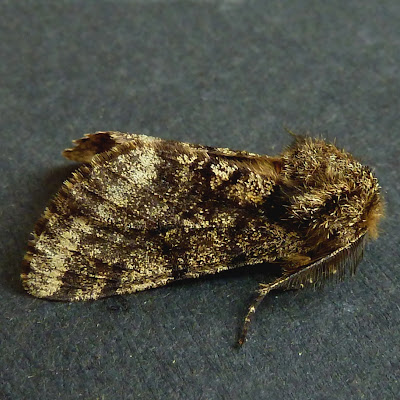 Others in this otherwise forgettable night- E. monodactyla, Angle Shades and a Hebrew Character.
Posted by Broom Birder at 2:59 PM No comments:

............and that's an understatement. The mothing has been terrible of late; so bad in fact that I've only had a handful of trap nights in April. Incredibly, this time last year I'd already recorded 54 species of macro. However this year I reached just 30 species on 24th April. So the photos below are ALL the highlights since my last post 2 weeks ago.
BTW- Thanks for the English lesson Mr. Grimsey, my homework will be in on time this week. Spell check doesn't seem to work on Blog titles. Mind you, 'Retched' is appropriate too! 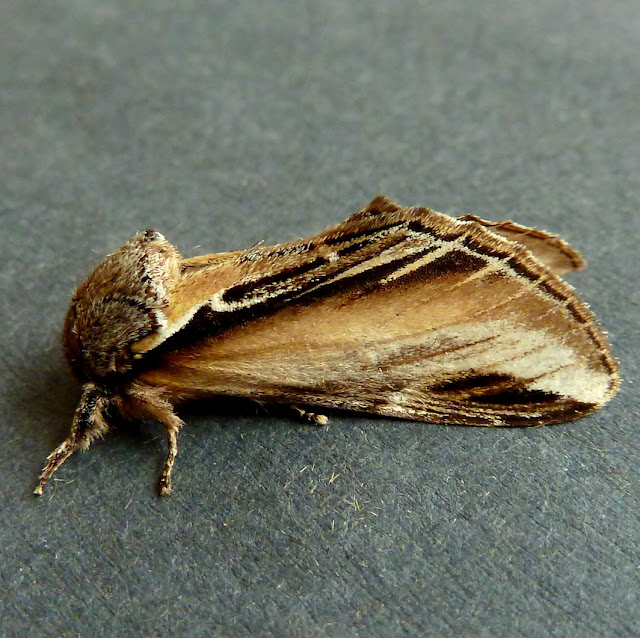 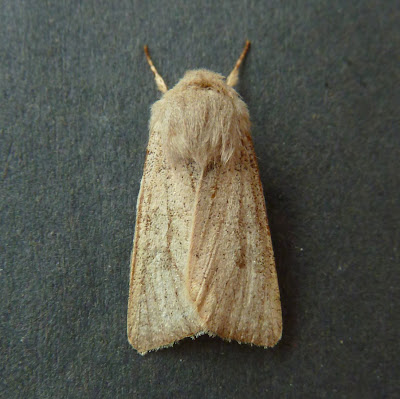 Both the above represent half the catch on 24th April. The 2 other moths were an Angle Shades and a late Early Grey. 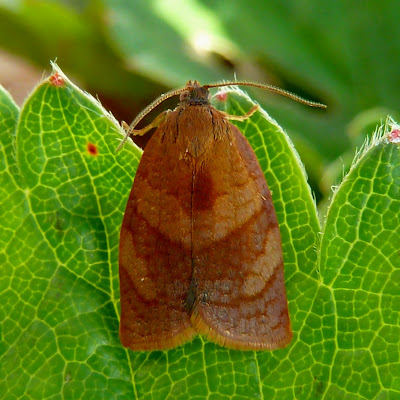 Seen on a rare sunny spell during the day on 23rd April.

On 19th April I found this larval web on a small Hawthorn at Broom GPs. I think they are Brown-tail caterpillars............ 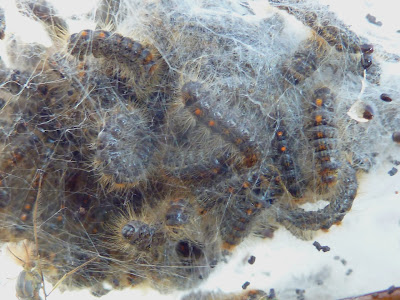 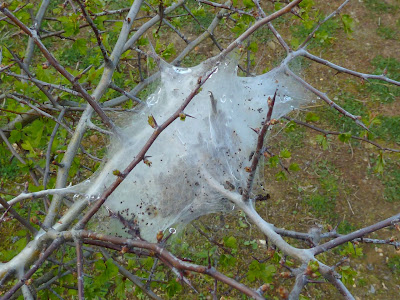 ............and that's why I haven't bothered trapping since 2nd April. The 12th wasn't much better with only five moths caught. All I had in the way of macros was a late March Moth, Clouded Drab, Red Chestnut and this- 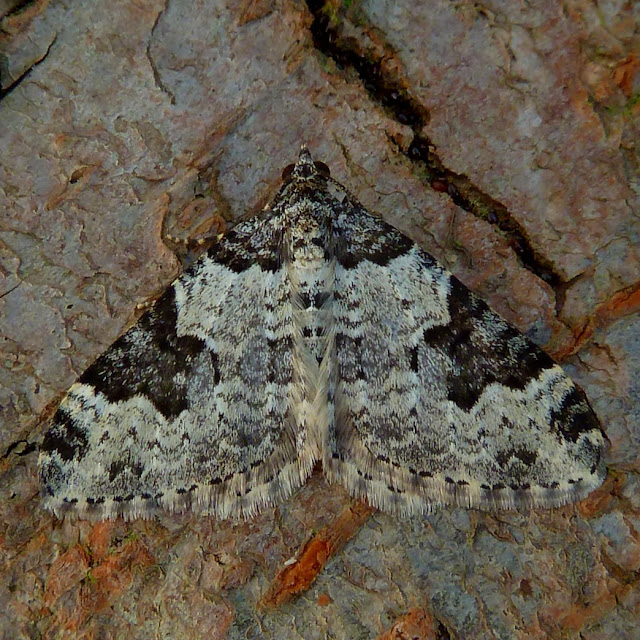 One day earlier than last year.

And from the 10th April- 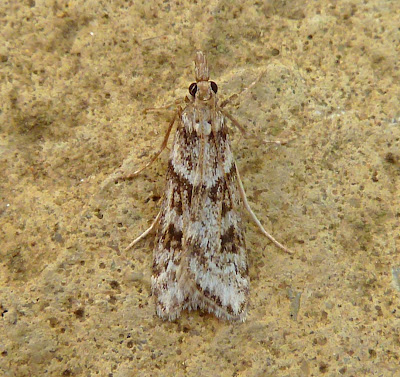 Flew into my workshop after dark. 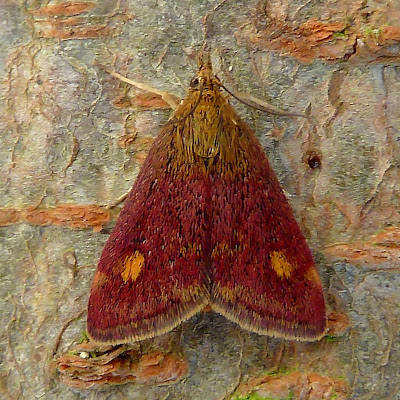 Caught in a net by Louie in his Easter holiday.

Posted by Broom Birder at 4:17 PM No comments:

A fairly good haul after a two day break. The weather has remained fairly cool so I didn't bother on the 3rd either. Two new ones keeps me ticking over though............ 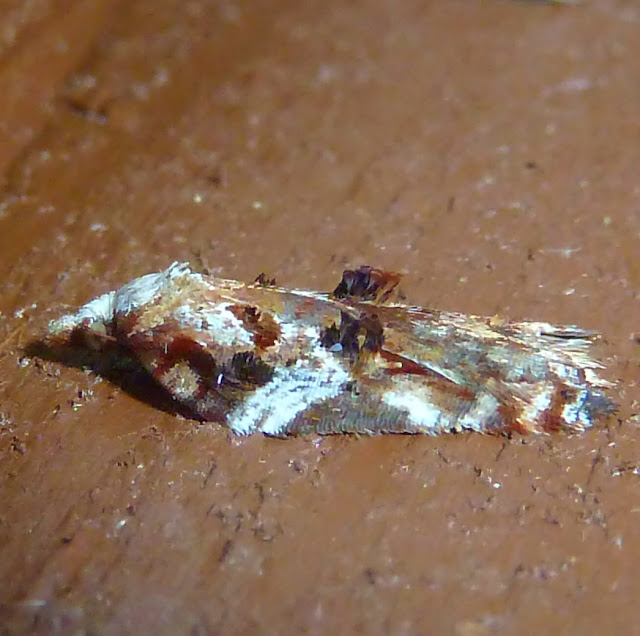 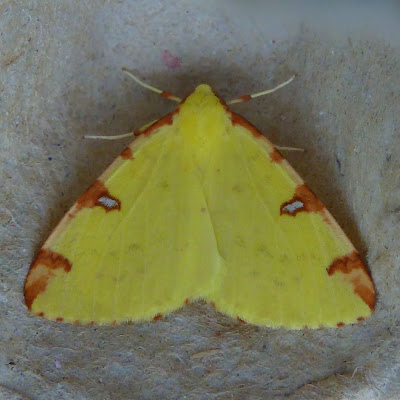 Posted by Broom Birder at 2:00 PM No comments: