So, no Spring Ushers for almost three years and then two in a week. Well, that's mothing for you I suppose. Quite a good night really and since then we've been back in the freezer with not a lot new to talk about. Roll on Spring! 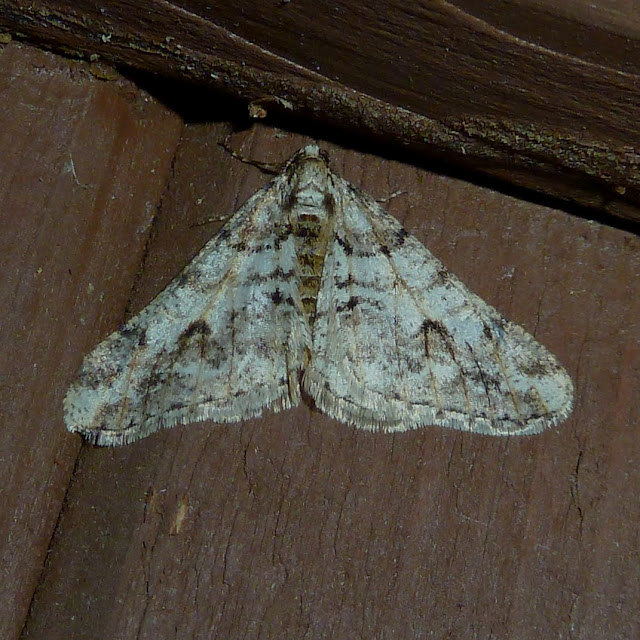 Posted by Broom Birder at 7:15 PM No comments:

Trent and I put a battery powered Actinic/UV Skinner in the Wood last night as the temperatures seemed pretty favourable. No wind, but unfortunately a fine drizzle persisted well into the evening. This probably hampered the catch slightly as there was nothing really out of the ordinary.
Trent picked the trap up this morning and recorded- all obviously new for the year.

...................And to complete the set on page 64 of my ring-bound copy of the 'Concise Guide to the Moths of Great Britain and Ireland' by Townsend, Waring and Lewington. My garden finally turned up one of these. This was the only moth I found this morning, after a cold forgettable week of no trapping. 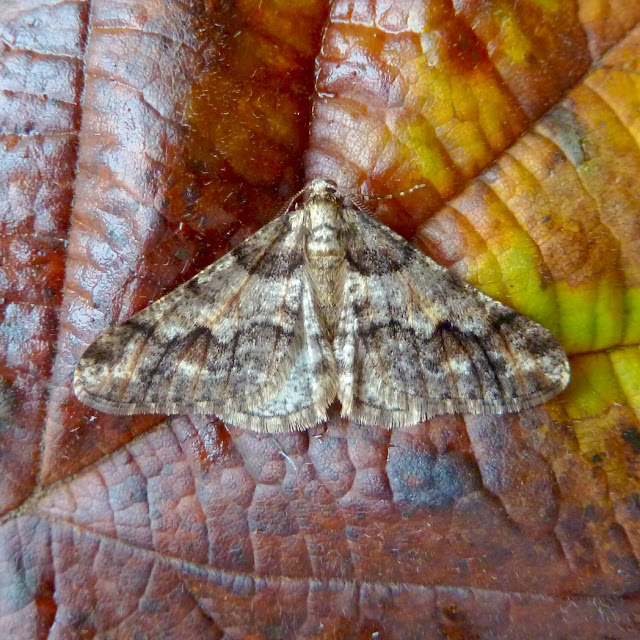 This is a not a wholly unexpected find. But it's another gap filled and another step closer to 300 garden macros. I hope to achieve this target during this year........

Well, that's another year out of the way! All the counters now have to be set at zero so we can do it all again.
But I have to say when it came to 2011's mothing I was pushed to the absolute limit as a 'most species' mothing competition took place against Trent Duval of Biggleswade, Bedfordshire.
To be honest, I thought I would easily win; the size of my garden and my more rural location surely made me the odds-on favourite. But time and time again Trent confounded me, managing to pull all kinds of surprising stuff from a town garden roughly 35' square.
In fact, at one point during the year he was 15 species in front and looking like running away with it.
Most people would be devastated to lose their job- I know I would be. But Trent reveled in it and spent night after night tending to multiple traps well into the small hours in the morning, a feat I couldn't compete with.
But slowly I managed to peg him back, mainly because of the diversity in the garden and it was the micro moths which really saved my bacon. Firstly, the kids armed with nets would constantly trap micros, pot them and put them in my 'beer' fridge for later identification. Secondly, micro recorder David Manning spent a good couple of hours in the garden during September and managed a leaf mine count of 24 species. As well as all the valuable help with various photos and micro queries I had throughout the year.
It was now down to macros as Trent didn't have a chance of catching up on overall total or my now impressive micro list. Luckily at the last knockings I managed to pull clear of him; the final nails in the coffin proved to be singles of Mottled Umber and Scarce Umber. Both only second records, plus one of three December Moths- another one he couldn't get..................

To the Victor, the spoils! 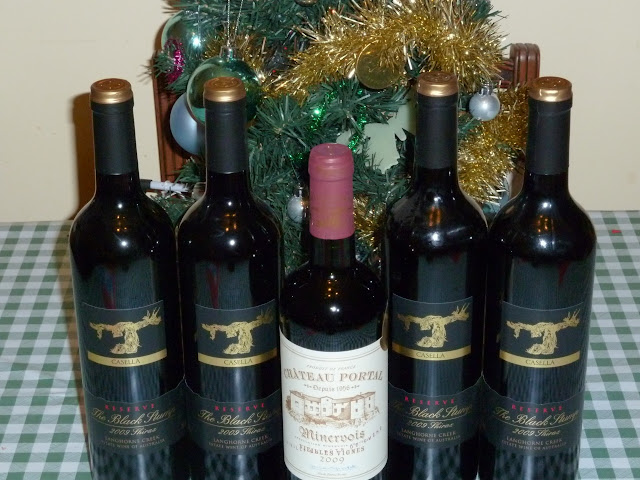 So here it is; the wine. More than worth waiting for too! I'm not really a  connoisseur, but know what I like. In the centre a passable 'Frenchie' which has already been consumed. Flanked by four bottled of 'The Black Stump' reserve. One of my favourites- read a review HERE.
This year's competition (2012) will hopefully be slightly more laid back and will be contested over macros only.