This is the latest incarnation using Mercury Vapour. According to research MV catches up to 40% more than a conventional Actinic trap. Most MV traps on the market are 125w, but these 80w bulbs are just as bright. They also have the advantage of being smaller and of course they use less electricity. This trap would more suit use in a non residential area or for field trips, as you may not be popular with neighbours if you used it in a small garden in a residential area due to the intensity of the light. 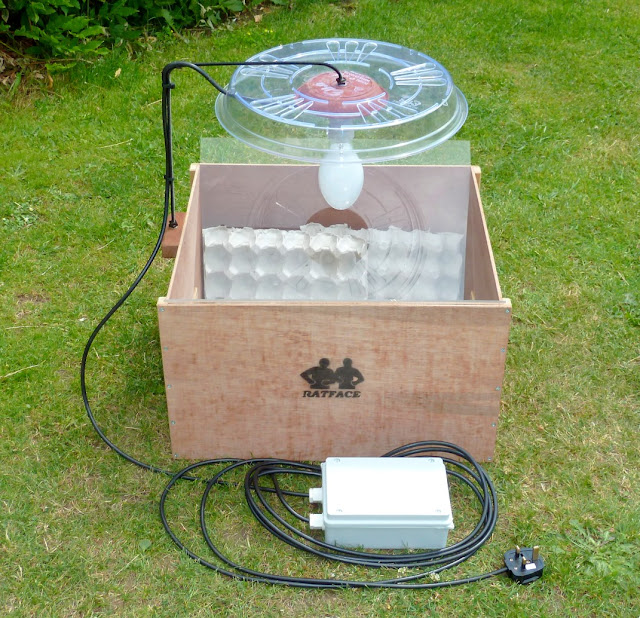 The dimensions are the same as all other models-
Internal Measurements-

The sides are made from exterior grade ply, reinforced with battens. The electrics are housed in an IP65 (waterproof) box and there is a length of flex and a plug top supplied. 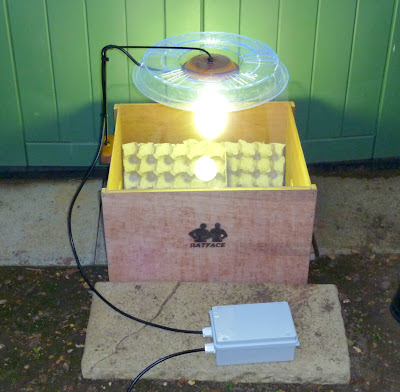 I decided to fit the light pointing down into the trap, this seemed a far more efficient use of the light. It is now suspended above the trap without any obstruction such as a batten across the middle. Because of this, there are no blind spots and you can even stand directly over the trap without being dazzled by the bright light due to the shade in the centre. The rain guard is 370mm in diameter and would protect most of the trap in the event of a down pour. 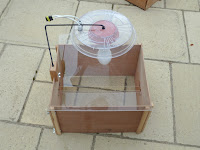 The light itself is connected to a swinging bar which can be simply swung out of the way to inspect the catch. This is a massive advantage as there is never a need to dismantle. The 'Swinger' pivots on a 6mm rod and can be tightened in place using the wing nut under the bar housing. 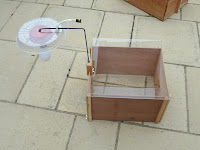 There are no other internal battens- so no awkward hiding places, even for the smallest of moths. The picture shows a 'Swinger' attached to a Ratface 'Travel'. After use, the electrics can be totally removed from the trap by simply slackening off the wing nut and lifting off.