Battered Pugs at this time of year are the hardest to identify. In fact, after a certain amount of wear this becomes pretty much impossible. The most common in the garden at the moment are Green, Grey and of course Common Pug. Though most of the pugs are on the wing in June/July. Below are a couple that have/are testing me.
Oak-tree Pug? 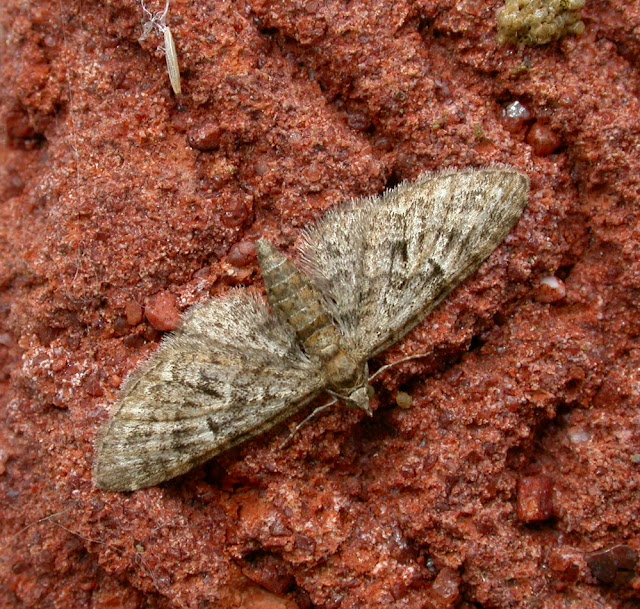 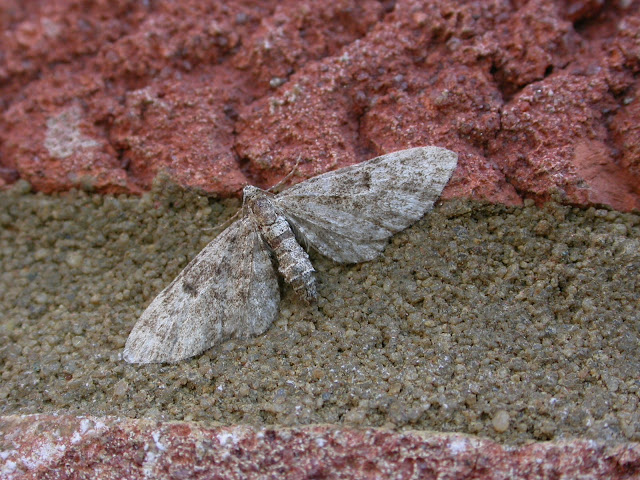 Caught 26th June. This could be a new species for the garden. 18mm wingspan, posture and very large discals give it all the hallmarks of a Dwarf Pug. I could easily be wrong of course as its so badly worn- retained for gen. det. So will find out soon enough....... confirmed by gen det. A. Banthorpe
Posted by Broom Birder at 9:42 PM No comments:

Recently, I clocked up moth species #650 for the garden. It is now getting very difficult to find new macro species, there is little likelihood of getting more than a few per year. But in the micro department, I still have plenty of wriggle room. This is mainly due to (a) Not patrolling the traps at night- this is the best chance of something new as most micro species are gone by morning. Skinner traps tend not to hold too many and most manage to abscond well before morning. (b) Not retaining- I have had plenty of chances to retain Cnephasias (Grey Tortrix), Coleophoras and Phyllonorycters. I haven't bothered over the years, as I can't be arsed. But these three groups alone could yield 10's of new garden ticks.
Below are my latest offerings, all micros were caught by Keely and Louie's relentless daytime netting along the hedgerow- I don't know where they get it from! 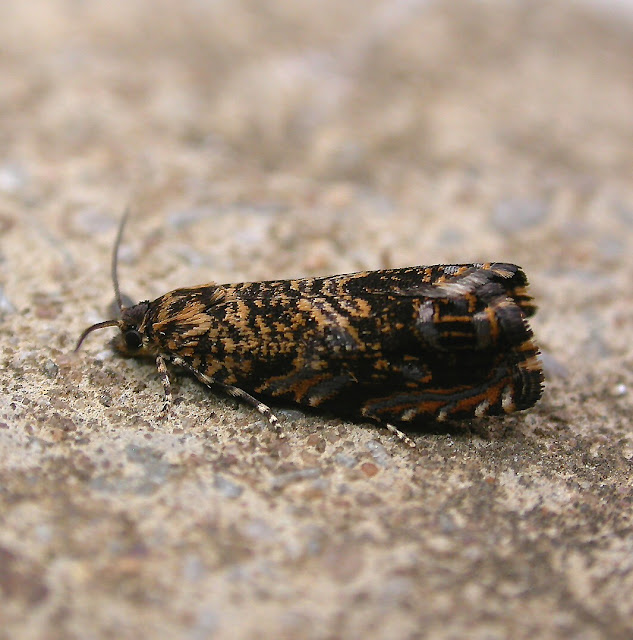 NFG- A long awaited tick on 7th June. A lack of suitable food plants in the area 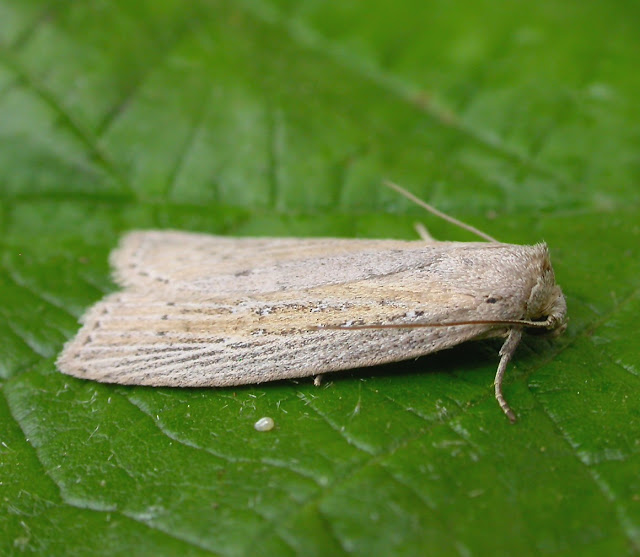 NFG, 16th June- Only the 7th record for Beds VC30. But my garden punches well above its weight for Wetland species. 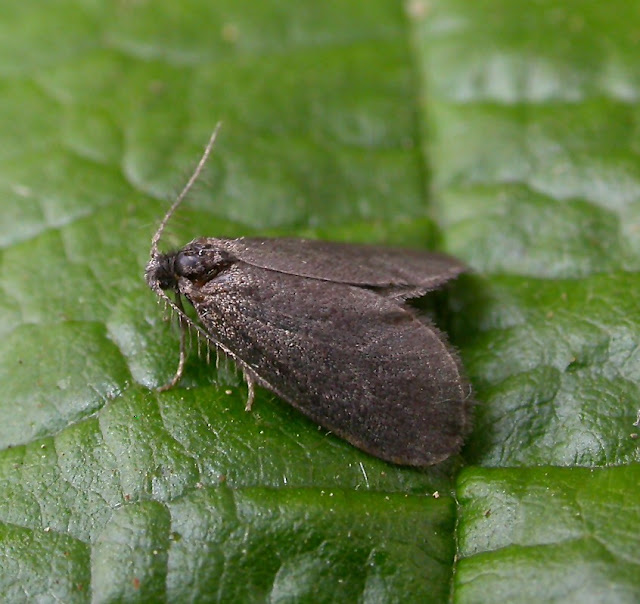 NFG, 17th June. Swept from the hedge by Louie and is the first 'Bagworm' type micro I have seen. 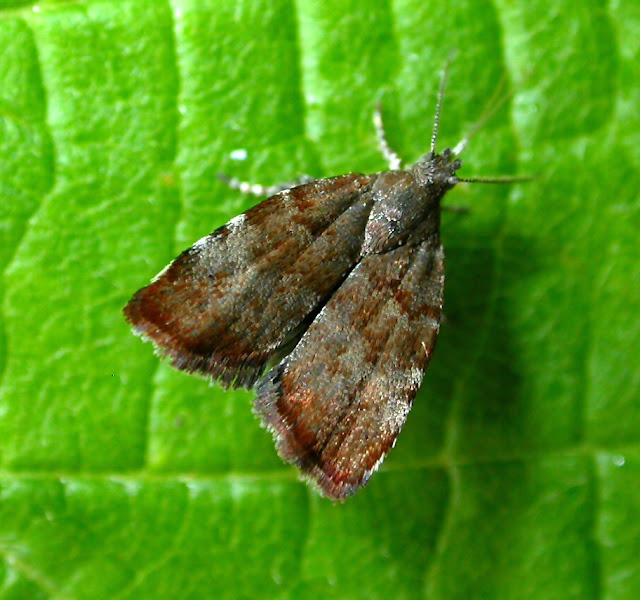 NFG, 22nd June- No doubt the best name for a moth in the whole book! Yet again, swept from the hedge, this time by Keely. Surprisingly scarce- only the 12th VC30 record of this species, though is almost certainly overlooked. Skeletonizer indeed!
Posted by Broom Birder at 6:43 PM 2 comments:

......And what a good year it's been so far with good numbers all over the place this year, including Striped Hawk-moth and Ni Moth. This usually means absolutely nothing in Bedfordshire. But this year I have already had a few notables. 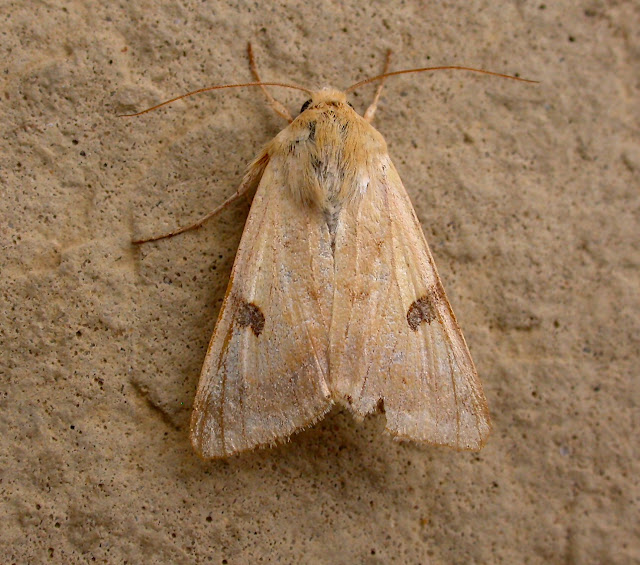 This tatty specimen on 7th May is very early in the year for this species. Only my second record. 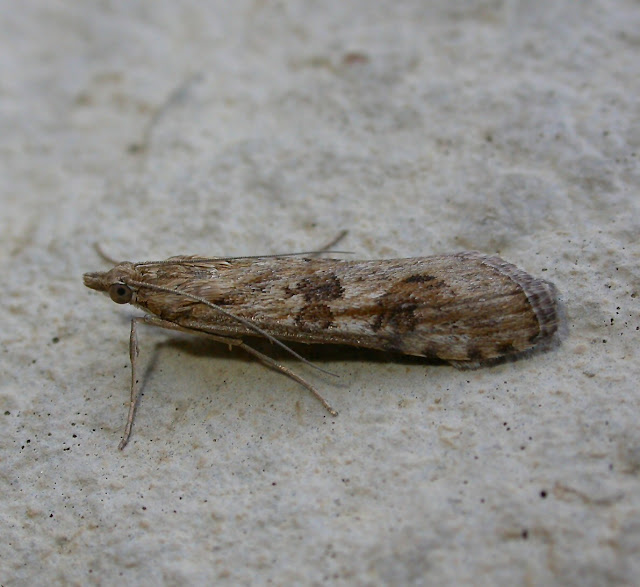 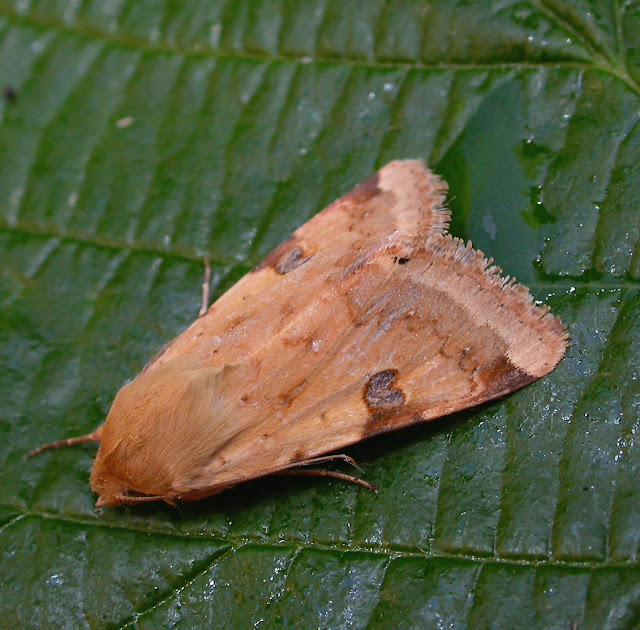 After a five year absence, a second one turns up in just under a month on 6th June! Third garden record. 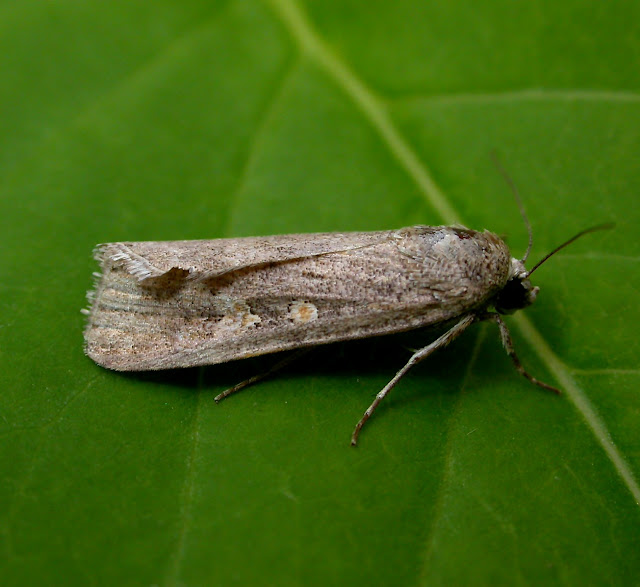 A third record for the garden on 12th June, after missing out in 2014
Posted by Broom Birder at 4:11 PM No comments: